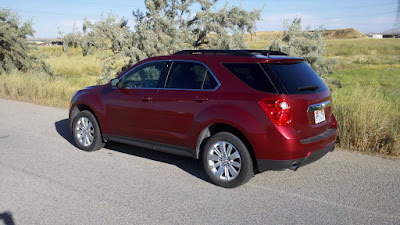 Those who know me know that I am not a fan of Chevy products, so this review is particularly difficult for me.  On the upside, I do happen to like the Crossover/SUV concept, so that should play into it's favour, at least.

I'm going to start with the positive aspects of the vehicle.  It's a crossover.  Plenty of leg room for me in my driving position and yet still enough room in the back for the kids and still a decent amount of storage space in the back.  The stance of the vehicle is nice and wide and reasonably tall, not like an SUV, but more than a car.  This particular crossover does suffer slightly from the "alternate name for a station wagon" problem that plagues the market these days, but at the same time didn't really feel like a station wagon from the driver's seat.  I also found the seats to be fairly comfortable and for both my commute while I was using the car and for my drive through the mountains the car was comfortable to sit in.  I spent at least three to four hours per day driving the car and never felt terribly sore afterward. It also gets decent fuel economy; better than any of the Jeeps I have at home.  Much better, actually. 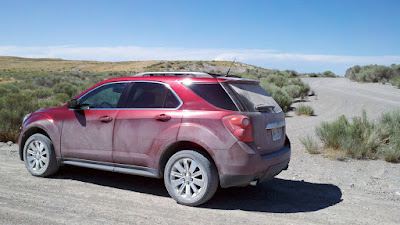 The bad parts of the car outweigh the good, however.  The suspension feels like it's made from paperclips and rubber-bands and it heels over taking any kind of a corner at speed (yes, it really is just a station wagon when it came to it).  The steering has no feedback what-so-ever, giving the impression of a drive by wire setup where there's no actual steering column.  Same with the accelerator and brake pedals.  There's just no feedback to the driver from the car or the road.  The engine has no low end power, laboring to accelerate until it downshifts, which the six speed automatic was rather wont to do.  The manual mode for the automatic transmission is triggered with a little rocker switch on the side of the shifter.  This is almost impossible to use when wearing driving gloves or when doing any kind of interesting driving, exactly the kind of time when one would want to have manual control over gear selection.  As such, I left the transmission in Drive all of the time and when it was time to accelerate there was terrible lag as it decided which of the six gears it wanted to be in.  This is also an example of the modern silent car.  I couldn't hear the road or the engine while sitting in the car and had to my windows down in order to hear anything.  Oddly, I know this is a selling point for most people, but I think it's rather a negative trait.  Lastly, the interior plastic looks like it was outsourced to a food storage container company for molding.

The stereo sounds pretty good, though.

In all the vehicle is a pretty poor specimen.  I got it with 35500 miles on it and will, by the time I am done, have put another almost 2000 miles on it.  On the upside this gives me lots of time to really get the feel of the car.  I have driven it enough now that that I feel pretty comfortable driving it down the road.

Would I recommend this car to someone?  No, I would not, unless they were looking for something that was not a mini van (a critical criteria, I think) that they would never drive off of pavement and which would be used to move the kids around and nothing else.  I am sure it could handle that level of performance on a daily basis and do it quite well.  As a daily driver I am actually quite impressed with the concept (if not this specific model).  I wouldn't even blame someone for getting an Equinox if they found that it met all their needs (and they suffered from a rather stark lack of imagination when it came to what a car could be).  For me though, it's lacking.  It lacks handling, acceleration and braking. 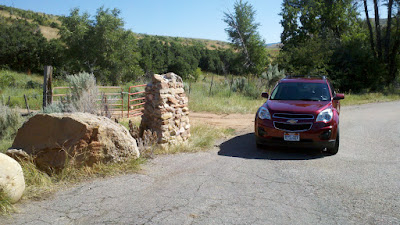 The vehicle class?  I love them.  This was the first modern crossover I've really driven and the concept is solid, if the execution is slightly flawed.  I am looking forward to testing out a few more examples of the crossover/SUV and seeing what else the market has to offer.
Newer Post Older Post Home