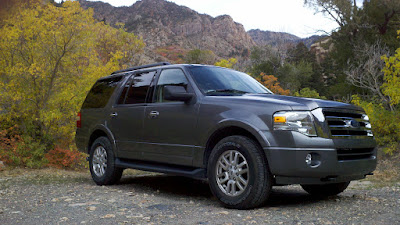 The Ford Expedition represents a direct competitor to the GMC Yukon I drove last time out.

The vehicle is quiet.  Too quiet, frankly.  For most people this is a selling point, but I like to know the engine of a vehicle is on and really the only indication that the engine had started was the fact that the tachometer showed more than zero RPM.  Even when using lower gears for climbing hills, there was barely any indication that the engine was racing.  There was no exhaust note to mention.  The power, however, was a different matter.  The V8 under the hood gave out enough power to accelerate nicely and handle climbing hills easily enough.

One thing that stuck out for me though was the handling, or rather, complete lack thereof.  It is, however, a big, full size 4x4, so handling isn’t what it’s all about, certainly.  On the long straight highways it rode smoothly; just slow WAY down before turning.

With a family of four, a dog, a full load of camping equipment and perhaps a trailer following behind I can easily see this vehicle performing quite nicely.  In that situation I don’t need a nice exhaust note nor do I care about handling; it’s all about safely getting the family (and the dog) to whatever activity you have planned.  On a long drive the vehicle was also very comfortable; another important factor when loading the whole family in for a driving vacation. 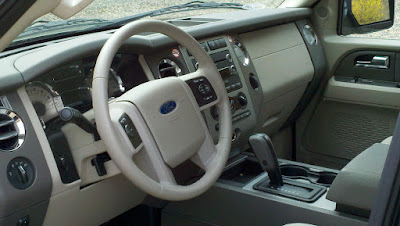 The interior is nice enough, and far more ergonomic than the Yukon.  All of the controls were more easily accessed and didn’t require strange motions or reaching in ways that would distract you from the real job at hand; driving.

There was no manual mode for the five speed transmission, so lower gears were accessed either by shifting to lower gears using the lever for the automatic (which while that might seem like a manual mode, the behaviour of the shifter is like that of cars from the 70s, where there was a 3-2-1 below the D) and since it wasn’t a proper manual mode, getting to the right gear was not always easy.  This vehicle, like most every other one I’ve had to test lately, doesn’t have a real manual transmission available.

The Expedition also suffered from the same center console arm rest problem the Yukon had; It was too big.  On top of that, when the driver’s seat was in my driving position I found it uncomfortably under my elbow, and it gets worse than that.  The cup holders for the rear seat passengers were on the back of the center console.  Not the rear facing part, as in a Jeep Grand Cherokee, but on the very top of the center console.  This meant that when ever I put my elbow on the console I hit the rim of the cup holders.  Not only was this uncomfortable (and a couple of times actually painful), it meant that if my kids were in the back seat and had drinks there I would have constantly been spilling drinks on them. 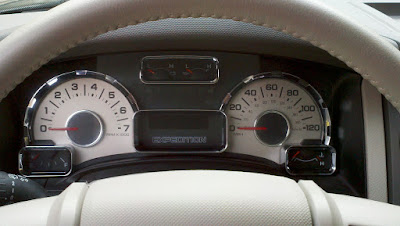 I did like the fact that the vehicle’s dash was almost all analog gauges.  Personally, I find the analog dials easier to read, especially at night I am not fond of having all those LED displays shining at my face.  A nicely back lit analog dial is far less glaring when doing long miles at night. 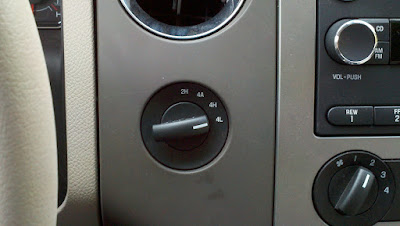 One thing that impressed me was the fact that it had a low range setting on the four wheel drive system.  This is what sets a 4x4 apart from an AWD car.  Low range might not be needed often, but when it is it’s very important to have it, especially when this is what you see out your windshield. 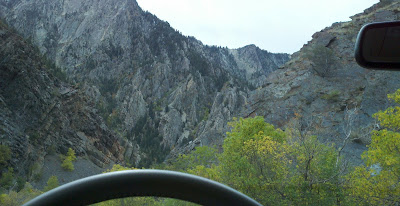 I tested out the low range setting for a little while, but as it was a test vehicle I didn’t want to abuse it unnecessarily.  I found my way back to pavement in short order.

In all this vehicle is serviceable and capable, but seriously uninspiring.  When someone goes to a dealership and shells out rather a large sum of money it should be with enthusiasm for their chosen vehicle.   It doesn’t have to always be like getting the keys to a Ferrari handed to you (which may be as much dread as anything), but buying a new car should involve at least some level of excitement; but I could actually imagine someone yawning while signing the paperwork on this one.