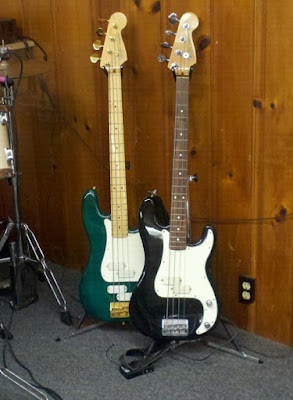 This past weekend was amusing in some ways.  I’ve been working remote for a little while now which throws a wrench into the gigging schedule, but last weekend I flew across the country to play a gig with the Gary Wilson Blues Project.  I hopped on a plane way too early in the morning so I could get home in time to grab some rest before heading off to the practice studio to prep for the show.  We ran through a few tunes, packed up and we were off to play.  We spent six hours there between setup, sound check and the performance then home for some more rest before grabbing a flight back to work the next afternoon.

This is what it means to be in a band!  Most of us will do whatever it takes to make a good gig happen.  This wasn’t about money or any of the other usual (irrelevant) trappings of being in a band; this was about music.  It was a really good evening too, even though we’d been a little short on practice time leading up to this one (that whole day job thing).  We all put everything we had into it and you could tell at the end of the evening as we were all exhausted.  Every gig should be like that.

So here I am living the rock’n’roll life; too bad the money isn’t there to go along with it.  But hey, you know; “Ten bucks is ten bucks, eh?”

On the upside I’d rather be living this version of the rock’n’roll life rather than the version which involves drug addiction, alcohol poisoning or plane crashes.  I’ll take the ridiculous commitment and doing whatever it takes to play a great gig over that any day.