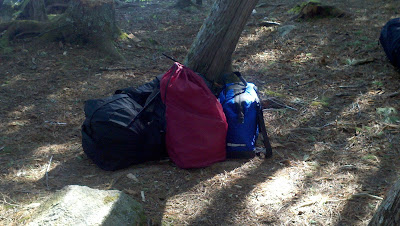 Joe get's "smallest in show" this time out.  His very reasonable amount of gear seems quite minimalist. 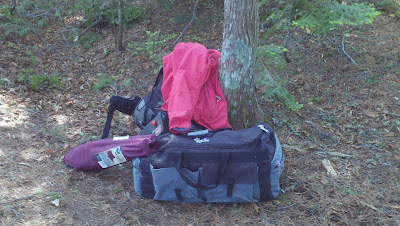 Ian, takes the runner up.  Just one more parcel than Joe, but then Ian brought one of the camp stoves we used this weekend. 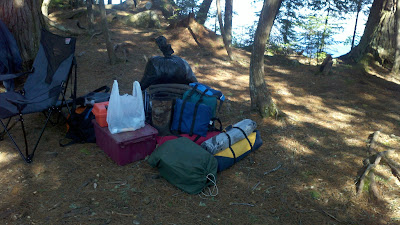 Jim takes third place.  Having the audacity to bring a number of items that were for group use, Jim finds himself in third place in the "pile'o'gear" competition. 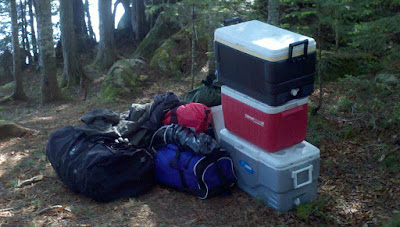 But come to it, I have the most stuff to my name.  That I have three coolers (all group use), a camp stove (for the group), and bags of tools and tarps (all, you guessed it, for the group), tent poles (for ... the group) doesn't matter.  Actually, removing all that stuff and I would probably still have the most stuff, since I bring a chair and my camera rig, I'm kinda maxed out no matter how you look at it.

At least we pack well.  For the most part everything is in easy to carry/grab containers and bags and load in and load out, while taking awhile, is efficient.
Newer Post Older Post Home