Expected, only in that storms are well tracked and we had warning ahead of time, but never in my life have I seen this much snow in October.  Snow?  Sure, we always have flurries in October in New Hampshire, but nothing like this. 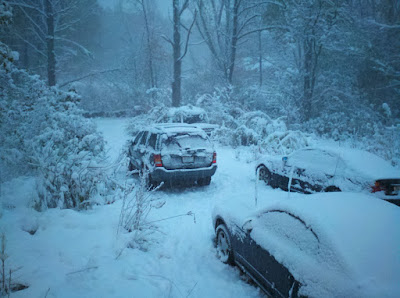 It started in earnest Saturday night, the 29th.  We had just managed to get back from Home Depot after I decided the generator we had needed to be replaced.  We have an old (like, 25+ years old) 1500 watt generator which has served for so long it's slightly mind boggling.  During the ice storm of December 2008 it was really burned out, but has continued to function, albeit with a worrying rattle.  Since that old generator could not handle the well pump, I decided it was time to get a larger generator. 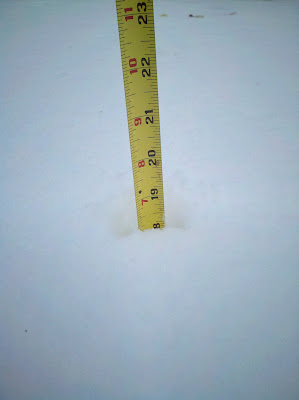 Eighteen inches of snow.  We were only forecast for eight to twelve. 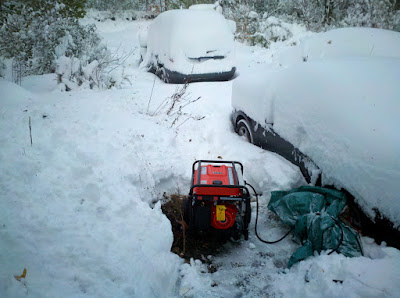 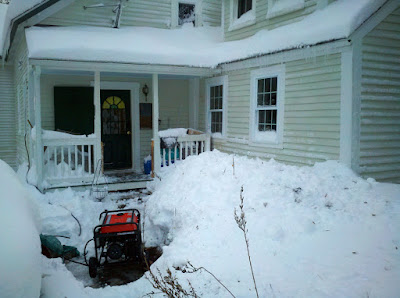 The first picture was "before"; here we have "after."  The generator is in the foreground (of both pictures, go figure) with 5500 hundred watts and it's currently running and keeping the house warm and with running water. 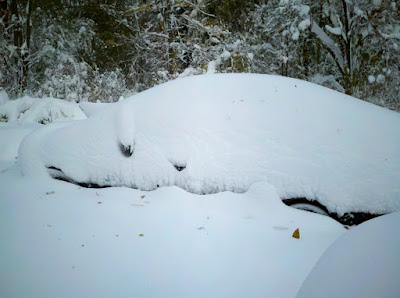 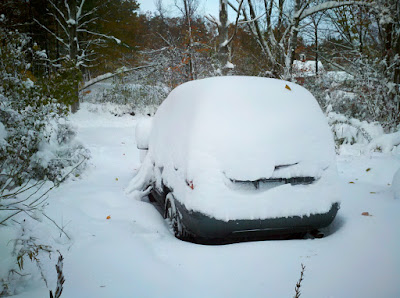 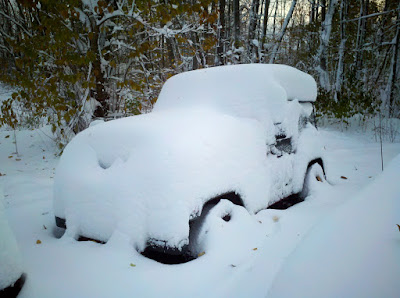 We're definitely in for a little snow shoveling today.  Between clearing the cars and digging out the driveway (so I can go get more fuel, if nothing else) we're looking at hours of shovel time. 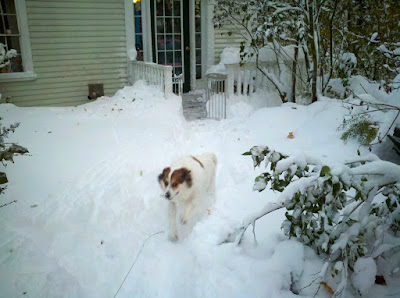 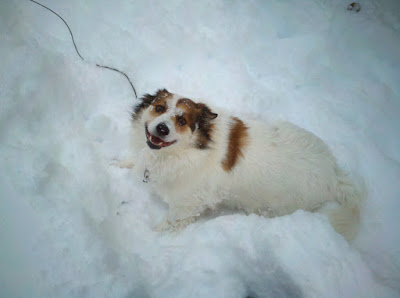 TJ is definitely loving it though.  Being part Alaskan Husky and part Australian Shepherd he absolutely loves the snow.  As he ran up he would dig his nose into the snow in front of me and flip his nose towards me.  My dog is trying to start a snowball fight; how cool is that?

Time to go do some more shoveling and start a snowball fight, I think.
Newer Post Older Post Home